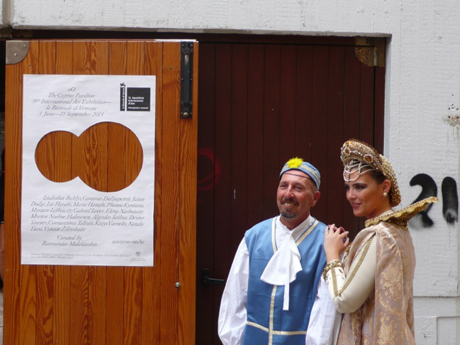 “I am Fusiform and I like pseudowords, circulation, robots shouting names. Ruff Miso likes gyros, faceless meat, scrambled. I saw many scrambled things in the study room. Birds, cars, words. Monster’s pants and holograms. Ruff says: Anagrams are gyros, too. Countless dimensions and designs of the same figure. His English is disco, or dinglich, as the Germans would say. You can almost touch it. In fact, I love touching it. A sensual plasticity, or place, or each word has a face, whereas for me, they’re totally spacing out. Like homophones or a double solo show. Miff Sour has a different angle, she says: Never underestimate the overview of a profile in yoghurt. Please take the shape of the mouse pointer on the yoghurt, and press your face in. I tell her I don’t know where to take the mouse pointer from. She says: Think a form of us. Think a face that disappears into its moving parts. Think translation, activation, pathways, two noses, and visual pottery, pottery. (Uljana Wolf, Five Fusiforms.)”

Raimundas Malašauskas will tackle word-making in the talk about books and exhibitions. He was born in Vilnius, curates in the world, writes occasionally on www.rai.lt.