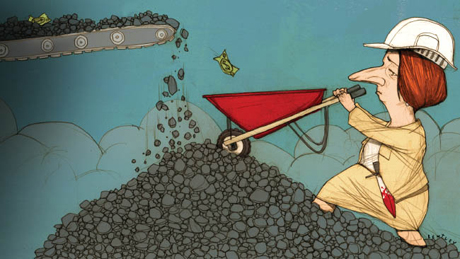 In the far north of Australia, the Aboriginal Areas Protection Authority brought a gutsy desecration lawsuit against OM Manganese Ltd for deliberating damaging an Indigenous sacred site, Two Women Sitting Down, at its Bootu Creek Manganese mine. It was not, I should note, prosecuted as manslaughter, attempted murder, or murder. This talk uses the desecration and partial destruction of Two Women Sitting Down as a graphic material condensation of a critical question facing current global thought, namely, is our struggle to persist in a specific arrangement–our insistence that we maintain a certain form of life—creating the wastelands and deserts that will annul our existence? How will our conception, representation, and mediatization of the claims that the nonhuman and nonliving have on our world.

Elizabeth A. Povinelli is Professor of Anthropology and Gender Studies at Columbia University. Povinelli’s writing has focused on developing a critical theory of late liberalism. Her work has been featured in recent discussions on the Anthropocene for example, in e-flux and various platforms. She is the author of “Labor’s Lot” (Chicago, 1994), “The Cunning of Recognition” (Duke, 2002), “The Empire of Love” (Duke, 2006) and “Economies of Abandonment: Social Belonging and Endurance in Late Liberalism” (Duke, 2011) as well as the short film, “Karrabing, Low Tide Turning” and a graphic memoir.