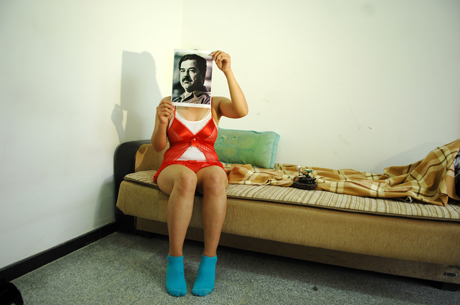 Ikon Director Jonathan Watkins gives an illustrated talk about his experiences as curator of the Iraqi Pavilion for the 2013 Venice Biennale. Having travelled extensively in Iraq, from the southern marshlands to Kurdistan, he made a selection of artists including Jamal Penjweny, whose work exemplifies extraordinary inventiveness in the face of the challenges that characterise everyday life in this beleaguered country.

Jonathan Watkins has been Director of Ikon Gallery since 1999. Previously he worked for a number of years in London, as Curator of the Serpentine Gallery (1995-1997) and Director of Chisenhale Gallery (1990-1995).

Jonathan Watkins has written extensively on contemporary art. Recent essays by him have focused on the work of Giuseppe Penone, Martin Creed, Semyon Faibisovich, Yang Zhenzhong, Noguchi Rika, Caro Niederer, Beat Streuli and Cornelia Parker. He was the author of the Phaidon monograph on Japanese artist On Kawara.