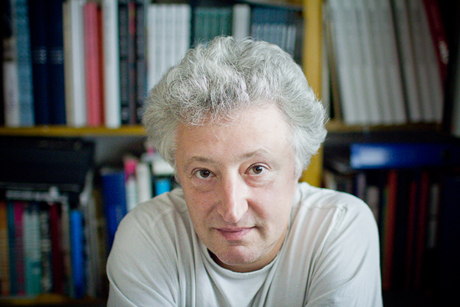 Viktor Misiano is invited by Felix Gmelin to Oslo to discuss and investigate how we can describe ourselves and the world in what Russia’s President Putin describes as a multipolar society. Misiano was also interviewed by Susanne M. Winterling for the publication «WINTER: Poetics & Politics», published in the context of the Central Asian Pavilion at the 55th International Art Exhibition-the Venice Biennale, 2013.

Viktor Misiano was born in Moscow in 1957. From 1980 to 1990 he was a curator of contemporary art at the Pushkin National Museum of Fine Arts in Moscow. From 1992 to 1997 he was the director of the Center for Contemporary Art (CAC) in Moscow. He curated the Russian participation in the Istanbul Biennale (1992), the Venice Biennale (1995, 2003), the São Paulo Biennale (2002, 2004), and the Valencia Biennale (2001). He was on the curatorial team for the Manifesta I in Rotterdam in 1996. In 1993 he was a founder of the Moscow Art Magazine (Moscow) and has been its editor-in-chief ever since; in 2003 he was a founder of the «Manifesta Journal: Journal of Contemporary Curatorship» (Amsterdam) and has been an editor there since 2011. In 2005 he curated the first Central Asian Pavilion at the Venice Biennale. In 2007 he realized the large scale exhibition project «Progressive Nostalgia: Art from the Former USSR» in the Centro per l’arte contemporanea, Prato (Italy); the Benaki Museum, Athens; KUMU, Tallinn and KIASMA, Helsinki.

His latest exhibition project is «Impossible Community» realized 2011 at the Moscow Museum of Modern Art. From October 2010 he is a Chairman of the International Foundation Manifesta; docent of the Nuova Academia Belle Arti (NABA), Milano and he holds an honorary doctorate from the Helsinki University for Art and Design. In 2014 he published the book «Five Lectures of Curatorship» by AdMarginem Publishing, Moscow. He lives in Moscow (Russia) and Ceglie Messapica (Italy).

RESOURCES
– Viktor Misiano – Is it easy to be young?