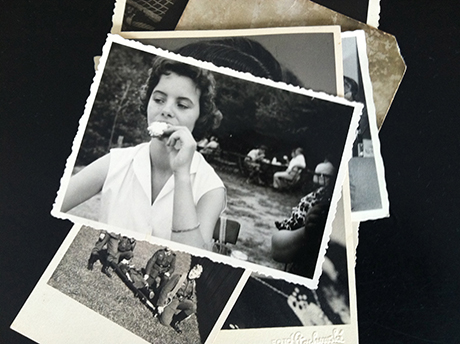 The clan will not forget. The hunger, poverty and war the tribe lived through, is in our bones, still, as we walk the streets, eager to eat all we can, to die a bit more with every bite we take, and apologize to the dead for not having joined them yet. Material culture makes us zombies. The community devours itself.

But how to fight fire? If not with fire? What would it mean to eat, for real, eat culture, eat art, eat the whole world whole, without apologies? Irony of history: those accused of cannibalism and burned at the stake by the church were the healers in the tribe, the witches. Their brew was medicine. Oswald de Andrade’s «Cannibal Manifesto» (1928) gave voice to the spirit that animated the carnivalesque exuberance of the late 1960s Tropicália movement in Brazil. How did they feed their soul?

Jan Verwoert is a writer, a contributing editor of frieze magazine, a professor of theory at the Oslo Academy of Fine Art and teaches at the Piet Zwart Institute Rotterdam and de Appel curatorial programme. He is the author of «Bas Jan Ader: In Search of the Miraculous», MIT Press/Afterall Books 2006; «Tell Me What You Want What You Really Really Want», Sternberg Press/Piet Zwart Institute 2010, and, with Michael Stevenson, «Animal Spirits – Fables in the Parlance of Our Time», JRP, Zurich 2013 and «Cookie!», Sternberg Press/Piet Zwart Inst., 2014.