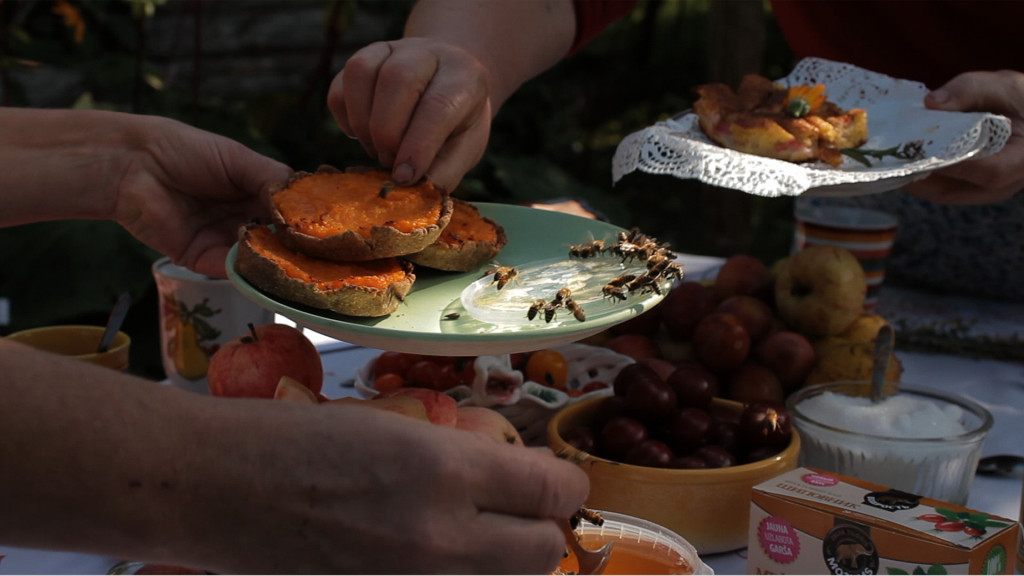 Gitte Villesen was among the first artists in the mid-nineties who decided to take matters into their own hands and get a close-up on social realities with very basic means. Villesen found her very own way of using the video camera as a tool to start conversations between who is in front of and behind the camera. More than just a documentation of what is there, her work creates situations that make special moments occur. Challenging ideologies of ‘social normality’, Villesen developed subtle ways of celebrating the eccentricities of the supposed ‘everyman’ as the very force that keeps the heart of society beating. Over the years she continued to enter situations where the grounds of understanding between the filmmaker and her conversation partner are gradually evolving over years of exchange. A series of recent films are the outcome of a long-term exchange with musician Amadou Sarr from Gambia in pursuit of a translation for the ways in which tribal magic can work as the basis for social and artistic communication, a question that Villesen, in her newest works, brings back to Northern Europe by talking to healers and wise women practicing in Latvia today.

This Academy Lecture will take form as a conversation between Gitte Villesen and Professor Jan Verwoert, accompanied by a screening of selected films by the artist.

Gitte Villesen (b. 1965) is a Danish artist who lives and works in Berlin. She is educated from the University of Copenhagen, the Funen Art Academy and the Royal Danish Academy of Fine Arts. Her latest exhibitions include the solo shows «Noise for a Silent Movie», Kisterem, Budapest and «The lost part is now completed», Centre d’Art Passerelle, Brest and the group show «Past, Continuous», Fészek Artist Club, Budapest.