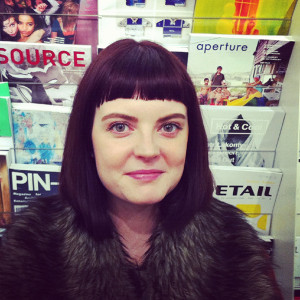 In an interview given in 1995, the scientist Manfred E. Clynes – the man responsible for coining the word “cyborg” – discussed the ways in which various everyday technologies contribute to a ‘human enlargement of function.’ He argued that when we do something as commonplace as putting on a pair of spectacles, or learning to ride a bike, we in fact become ‘a simple cyborg’. But despite the apparent mundanity or ubiquity of cyborgian transformation, there is on…e sphere of human embodiment that is positioned as resistant to modification; that is, gender and sexuality. In his responses, Clynes suggested that cyborgs do not disrupt the binary gender system, and insisted that cyborgian adaptations have no impact upon a person’s ‘essential’ sexual identity. These elements of the human experience, it would seem, are viewed as being immutable, inviolable, and protected from incursion.

There are numerous examples of technoscientific development that could be used to undermine this argument, and it is not difficult to demonstrate the possibility of non-hereditary adaptations playing into the realms of sexuality and gendered embodiment. Where Clynes’ comments are more interesting is in their sketching of the limits of a certain kind of technopolitical imaginary. Indeed, as this paper will argue, the persistence of gendered norms is not only an issue in early scientific visions of the cyborg, but continues to spill over into a range of would-be emancipatory projects – projects which envision radical, technologically-driven social change, whilst apparently assuming gender and sexuality’s immunity to overhaul. It is not that these realms are fixed and immutable, I will suggest, but that some Promethean projects fail to recognize the value and necessity of queer transformation, and may even construct their critical edifices upon an uninterrogated mythologization of gender and sexuality as they stand.

Helen Hester is Senior Lecturer in Media and Communication at the University of West London. Her research interests include technofeminism, sexuality studies, and theories of social reproduction, and she is a member of the international feminist collective Laboria Cuboniks. She is the author of Beyond Explicit: Pornography and the Displacement of Sex (SUNY Press, 2014), the co-editor of the collections Fat Sex: New Directions in Theory and Activism (Ashgate, 2015) and Dea ex Machina (Merve, 2015), and series editor for Ashgate’s ‘Sexualities in Society’ book series. Recent Talks and presentation were presented at Fridericianum Kassel and ICA London.