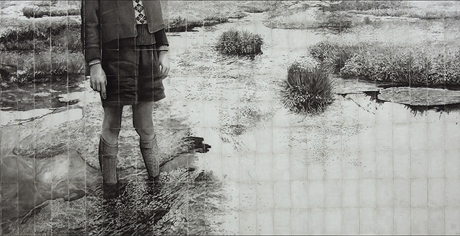 Is Death a woman? Or, how to exercise control over the figures of Life and Death if they have no body? In his second public appearance in Norway, scheduled for 2. October 2013 at the Oslo National Academy of the Arts, Marko Stamenkovic (b. 1977, Serbia) will focus on the exposure of suicide and its gendering. The intricate relationship between the visible and the viewing subjects of a ‘suicidal Self’ serves as a major backdrop to his talk, namely: the bodily aspects of the phenomenon’s (un)representability. His main argument revolves around dominant epidemic approaches to suicide: they have produced an epistemology characterized by polluted and clouded discourses where pathological, patriarchal, and imperial principles still prevail.

Stamenkovic’s lecture interrogates suicidology across its canonic strands of thought and beyond its normative politics of representation. While drawing upon his earlier experience in Oslo (in April 2011 at Kunstnernes Hus), he will introduce some novel, dissident and less explored theoretical perspectives that help understand the current state of suicide-related studies within counter-hegemonic agendas. The main aim is to offer a single yet significant contribution towards an overall liberation and decolonization of thought from the myths of Western scientific normativity and ‘universality’. Such attitude is deliberate, programmatic, and eye-opening: it goes against an erosion of global knowledge(s) and their systematic epistemicide (in terms of De Sousa Santos), the gendering of suicide being no exception to this necrocolonial epistemic process.