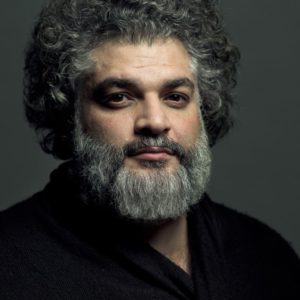 Sharifi is Norwegian, with roots from Iran. He is a former graduate of
Oslo National Academy of the Arts, in choreography. Sharifi is especially interested in artistic expressions in the intersection of dance, theater and visual arts. In 2000 he established his own company, Impure Company, which specifically works with making visible social commitment, engagement and politics in art.

Sharifi`s artistic language and movements are often physically challenging, intense and powerfully explores the deeper feelings behind power, political systems and violence through precise movements and other scenic effects. His first work for Carte Blanche was Shadows Remain silent, which premiered in Norway on the Main Stage at the Opera House in Oslo January 2014.

Carte Blanche is the Norwegian national company of contemporary dance. It was established in 1989, with its home base in Bergen, the company tours both in Norway and internationally throughout the year. The ensemble consists of 12- 15 dancers of many nationalities, particularly known for their strong stage presence, high technical abilities and their individual creativity.